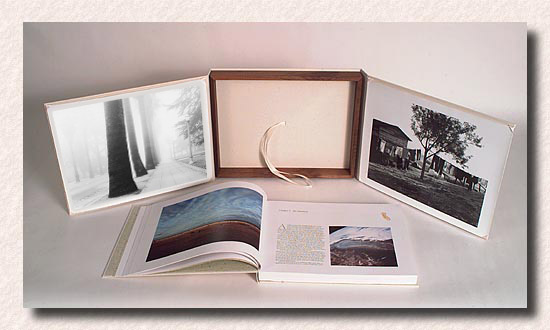 This extraordinary book is exquisitely bound in a natural linen and contained in a finely crafted walnut and linen case. The title is embossed in a delicate green on both the outside case, spine and cover. The endpapers are natural mulberry fiber in a speckled soft green, coordinating beautifully with the embossed title.

Two original Stephen Johnson 11x14 black and white prints complete this collector's set. Carefully selected from the book, these prints can be viewed in place or removed and framed. 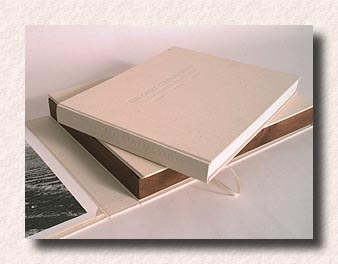 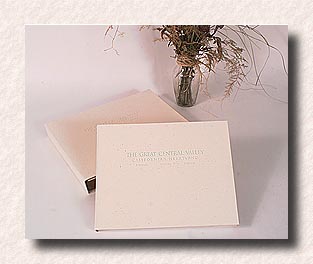 This 264 page book was praised by critics for its beauty and sensitive exploration of California's Central Valley, a region known for its agriculture and cultural diversity. Photographers Stephen Johnson and Robert Dawson, and author Gerald Haslam undertook the monumental project of chronicalling their homeland both to understand its history and portray its haunting, elusive beauty.

When this book became available it was an immediate success, selling handsomely in bookstores in California and throughout the U.S. The hardcover edition sold out shortly after publication.