Policy Analysis, Research and Consulting in Science, Technology and the Environment 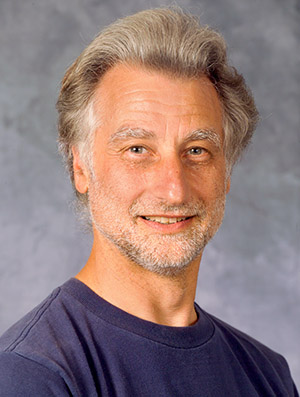 Michael from 2005. Michael passed away due to a car accident in February 2013.

Michael Black is a policy analyst and an environmental historian who writes about issues confronting the arid western United States, economic planning and sustainable development, the social impact of science and technology, and the environment. His articles appear in journals and anthologies and cover diverse topics including land use planning, endangered species, western water policy, industrial policy, the demilitarization of science and technology policy, international trade and the environment, and global political economy.

- Black is co-editor of an anthology (with Frank Fischer) on comparative national approaches to environmental policy (Greening Environmental Policy: The Politics of a Sustainable Future, New York: St. Martin's Press, and London: Paul Chapman Press; 1995). He is currently writing California's Last Salmon: The Unnatural Policies of Natural Resource Agencies (Berkeley: University of California Press), a book exploring the history and policy responses to diminishing Western salmon runs on California's Sacramento River. He is also co-authoring (with Maarten deKadt and Daniel Watts) Toward a Durable Future: Case Studies in Environmental Decision Making, a work which depicts the United States' fifty-year transition from a throw-away society to one based on principles of pollution prevention, materials management, and design for the environment.

- Black has served on the governing board

and is past chair (1991-1993) of the subsection on Science and Public Policy of the New York Academy of Sciences. He now serves on the board of the California Studies Association.

- Black has taught on Government faculties at a number of colleges and universities including Harvey Mudd College, in Claremont, California, Mills College, in Oakland, California, the State University of New York (at Albany & Plattsburgh), and Rensselaer Polytechnic Institute, in Troy, New York.

with business, government, and non-profit clients on economic planning and sustainable development, environmental politics, and science and technology policy.

From the book cover

: "Sustainable development has become the primary focus of national and international environmental policy. Designed as a common global strategy for industrial and industrializing countries, some see it as offering environmental protection without sacrificing economic growth. But sustainability has become a hotly contested concept. As its critics point out, sustainable development seeks to achieve environmental protection without confronting the tough choices facing modern corporate-industrial society and its consumption-driven way of life. To what degree is the existing system itself responsible for the environmental crisis? Can we achieve a sustainable future merely by tagging environmental requirements onto the existing industrial order? Or must we address the political-economic system itself?

Broadly committed to the goals and values of a green political perspective, the chapters in this book show the environmental crisis to be essentially a political-economic crisis. The pursuit of sustainability cannot proceed without significant changes in our economic enterprises, public institutions and personal lives. Reaching beyond the contradictions of sustainable development, the authors explore the kinds of political arrangements needed to throw open sustainability to wide-ranging debate, both national and international. they advance alternative environmental policymaking processes designed to forge a genuine political consensus around these questions, as well as institutional, cultural, and behavioral strategies capable of translating it into effective policy solutions. Fundamental to these strategies, a progressive commitment to participatory democracy is seen to provide the surest footing for both the articulating and realization of a sustainable future." (from the authors)

- "Searching for a Genius of Place: The Ambiguous Legacy of Golden Gate Park," forthcoming in proceedings of "The Environmental Spirit: Past, Present, and Future," April 11-15, 1995, University of California, Berkeley